Though there are no other sites devoted exclusively to Hariclea Darclée, there are a number of sites that are of particular interest in relation to the various subject on this website. And we are more than happy to share them with you, as we believe in the on-line community that is based on free exchange of information and liberty.

Discussed at length in a special page on this website, I need to say no more about Mariana Nicolesco's battle for young voices. But she is not alone in her efforts, as she has the equally energetic support of her husband, art critic Radu Varia and Ion Iliescu - the very president of Romania himself! Visit our Darclée Voice Competition page through the button at the top of this page and check the official Hariclea Darclée International Voice Competition website through the link above this paragraph. Their site features other photographs and news, whereas young singers can find the conditions for participation and the application formulars. All in all it is a site that gives young singers a chance to move onwards in the only true Age d'Or of belcanto: the 21st century!

The great Romanian baritone Nicolae Herlea has a gorgeous official website, hosted by his son. There are photo's, soundsamples, an issue of his splendid new recital cd and updates on the proceedings of his autobiography. Herlea's voice was not only unique in timbre and emotional expression, but also renowned for it's unusual technical fundament. Yet Herlea was not a 'tecnical' singer, as his is a voice of great natural beauty. Is? Yes, for Herlea (president of the international jury of the Hariclea Darclée International Voice Competition) is still singing today! And even when he's not singing, he is singing still - he simply can't speak without coloring and softly melodizing on tones. Wherever he goes he goes with The Muse and I am proud to say that I may count Nicolae among my friends.

My friend Christian Zwarg is a funny guy. That is, I find it funny that any one guy should have an opera cd company without ever having seen an actual opera (except perhaps the one he once walked out on). Worse: Christian hates opera! And yet he has the most unique historical opera label that ever saw the light of day: Truesound Transfers. Christian: 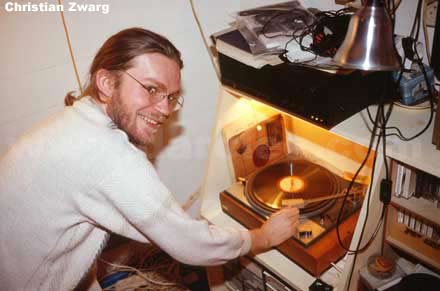 "As a child I didn't fall in love with opera, but with old shellack recordings that I bought at fleemarkets."

Thus Christian (only in his early thirties today) is the only one of his generation who still discovered Carmen through Karl Jörn and Emmy Destin, instead of Teresa Berganza and Plácido Domingo. And as 10 penny records were all the young teenager could afford, they usually boasted the largely forgotten names of Aennie Dirkens, Emilie Herzog, Elise Elizza, Sophie Sedlmair, Heinrich Knote or Mariannne Brandt. Christian:

"Great singers, although no one seemed to care about them. But I soon loved them more than the expensive ones and eventually ended up saving them, through reconstructing the recordings to their original splendour."

Currently Christian is halfway a complete edition of Fernando De Lucia, and he has released an integral 12 cd edition of the earliest Wagner recordings available. Not bad for someone who hates opera! Christian:

"It's simple. They tell me that you can't know how a singer really sounds without hearing him in a theatre, but I don't care about that. I care for the recordings, these are the objects I came to love ­ in particular the early acoustic ones. For me a modern theatre production of Carmen is something bizarre, as I did indeed grow up with Jörn and Destinn."

A final word on the art of remastering: Christian is second to none, including the equally great Ward Marston. And last but not least - Christian remastered the takes I have of Hariclea Darclée, for the eventual cd issue that is to accompany her biography. 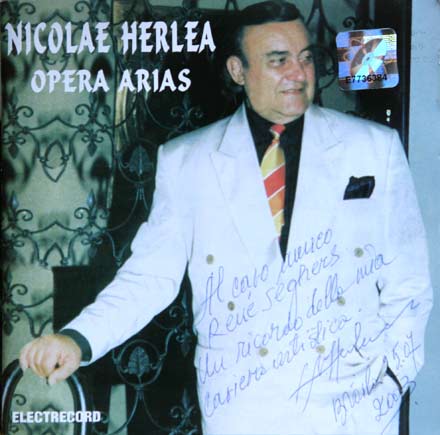